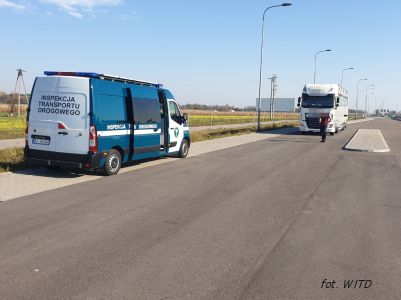 Data from the intelligent tachograph analyzed in the INELO’s TachoScan Control software enabled the detection of significant offenses when controlling the transport of live animals from Belarus to Germany.

On October 16, 2019, on the S8 express road at the point in Rzędziany, inspectors of WITD (Provincial Inspectorate of Road Transport) in Białystok stopped a Polish carrier’s vehicle intended for transporting live animals for inspection. While the technical condition of the vehicle did not raise any objections, the analysis of data from the tachograph mass storage and cards of drivers driving in the crew revealed a record number of offenses.

During the period subject to the inspection, i.e. 28 + 1 days, a total of 40 infringements were found, including:

A well-deserved punishment for compromising health and safety

Such a large number of irregularities resulted in imposing fines of PLN 21,550 on drivers. The carrier was fined PLN 12,000. This is the maximum penalty for the owner of a transport company. If not for this limit, the carrier would have to pay much more, even as much as PLN 107,500.

The penalty was certainly well-deserved, because drivers, notoriously violating the regulations, risked the health and safety of themselves and other road users. At the same time, the offenses could also have had an impact on the welfare of the animals being transported, so information about them was provided to the locally competent Provincial Veterinarian.

Important data from the smart tachograph

Discovering the infringements was possible thanks to an intelligent tachograph, which – just to remind – since 15 June this year has been obligatory in all new vehicles registered after this date. Smart tachographs give enforcement authorities much more possibilities to verify offenses, among others thanks to additional location data that could not be read in previous generation of devices.

INELO’s TachoScan Control software, created to suit the needs of enforcement authorities and adapted to the new generation of devices, was used to read and analyze data from the intelligent tachograph. The geolocation data can be analyzed in the software since June, i.e. since smart tachographs and new driver cards were introduced to the market.  An efficient analysis would not be possible if TachoScan Control did not display all data in an accessible way, i.e. location data on the map with the optimal route and a quick preview of the country in which the vehicle was located, driving without a card and the possibility of assigning non-card sections to specific drivers in order to analyze infringements. The inspectors themselves emphasize this: “The instant availability of new geolocation information when analyzing the data downloaded from the tachograph deserves special attention since in the conducted inspection it proved to be extremely helpful in establishing the facts.”